Alabama Possible, a statewide nonprofit organization that breaks down barriers to prosperity, today released its 2020 Barriers to Prosperity Data Sheet. This year’s report findings show that more than 800,000 Alabamians, including 256,000 children, live below the federal poverty threshold, which is $25,701 for a family of four.

Poverty has decreased by 2.4 percentage points since it hit a peak of 19.2% in 2014. However, Alabama’s poverty rate of 16.8% remains substantially higher than the national average of 13.1%. 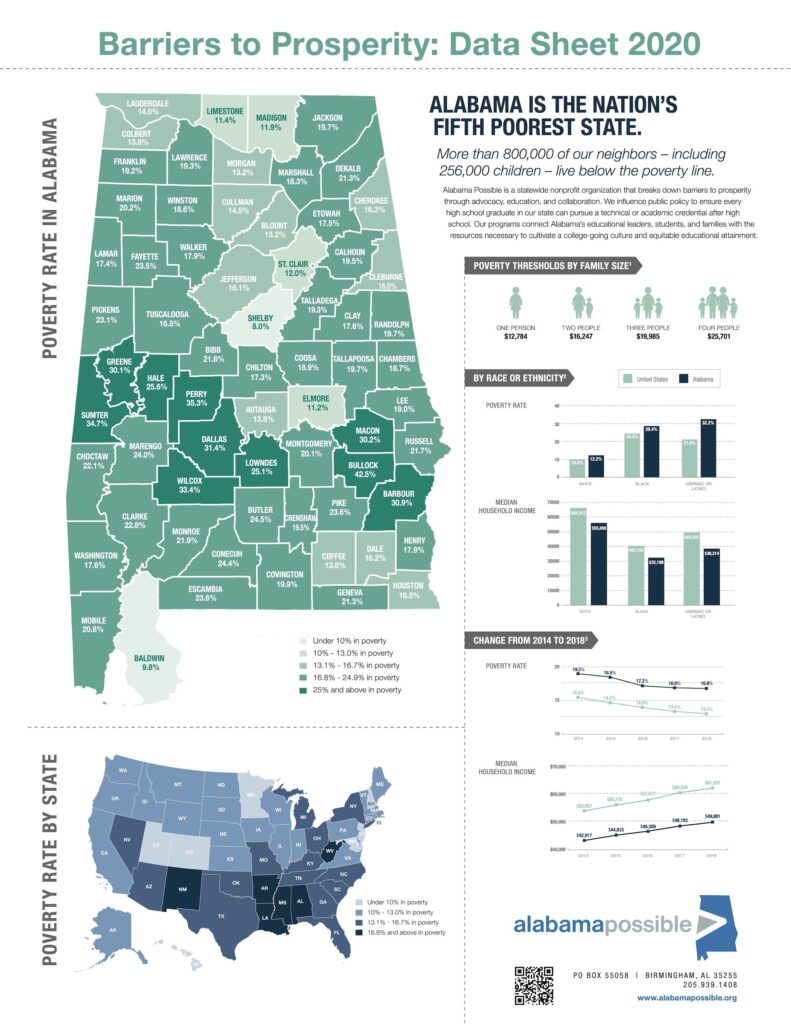 This data was gathered before COVID-19 impacted Alabama’s economy beginning in early March. Since then, more than 400,000 Alabamians have lost their jobs.

“While this year’s data sheet shows there is much to be optimistic about, the lines at food pantries show us that reducing poverty is not the same thing as creating prosperity,” said Kristina Scott, executive director of Alabama Possible. “Simply living above the poverty line does not mean that a family is economically secure. The present moment calls us to make sure that everyone can weather this storm, and too many Alabamians are stuck in a cycle of work, get paid, pay bills, repeat.”