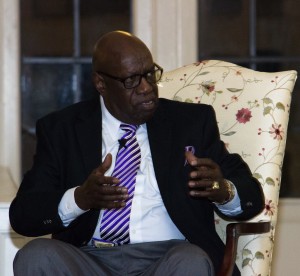 Alabama has always fought an uphill battle when it comes to public education. Because Alabama is one of the country’s traditionally poorer states, public funding for education in our best years has been a struggle. And yet, I don’t believe the problem lies just in the lack of tax dollars going to support local schools; I believe it lies with a mindset.

Segregation as a formal institution has, in many people’s minds, gone away. Yet, today in Alabama, the footpath of poverty is nearly the same imprint as it was 50, even 100 years ago. The main difference is that now, instead of having two public schools in a community serving youth of separate races, there is now typically only one school for a given grade level. In most of the state’s perennially poorest communities, that school serves primarily one race.

Many people think segregation went away in the “Civil Rights” era. Yet, “civil rights” is an erroneous mindset too. I can tell you the intent of those African-Americans who led this movement was never just to get to the ballot box; it was to obtain human rights, not just civil rights. We all share this common bond of humanity, and calling it “civil rights” or “equal under the law” in no way captures what was at stake then, or now.

Today, when leaders want to improve education, they want to improve something through a prism that remains inherently biased, because it just hasn’t changed. If there is a new learning concept, the tendency is to try it out in a well-to-do school district. “If it works there,” the thought goes, “we’ll roll it out to the rest of the state.”

But the rest of the state is poor. Facing the facts, we are the fourth-poorest state in the country, and quality education for all children is the only solution that will help us improve.

It improves with a mindset, one that acknowledges our poorest children must take priority alongside the education of all of our state’s children. What happens if we educate our brightest and best but forget the rest?

Nearly 50 years ago when I founded the advertising and marketing firm o2ideas, we established it on the principles of human rights – that bright minds are everywhere and deserve the chance to thrive. Today, we’re a diverse mix of individuals who identify as one human family. That spirit spawned in 2007 the creation of The Mattie C. Stewart Foundation, a national nonprofit named in honor of my late mother, who was killed by my illiterate and uneducated father. The foundation spreads the word to millions across the country to get their education, despite the difficulties they may face.

Think of the untapped potential of our state’s youngest minds in our poorest areas. When we as enlightened citizens approach them as one people united for the success of all, Alabama’s days as the nation’s fourth-poorest state would be numbered.

If we only could change our minds.

Shelley Stewart is the founder of o2Ideas and the Mattie C. Stewart Foundation.